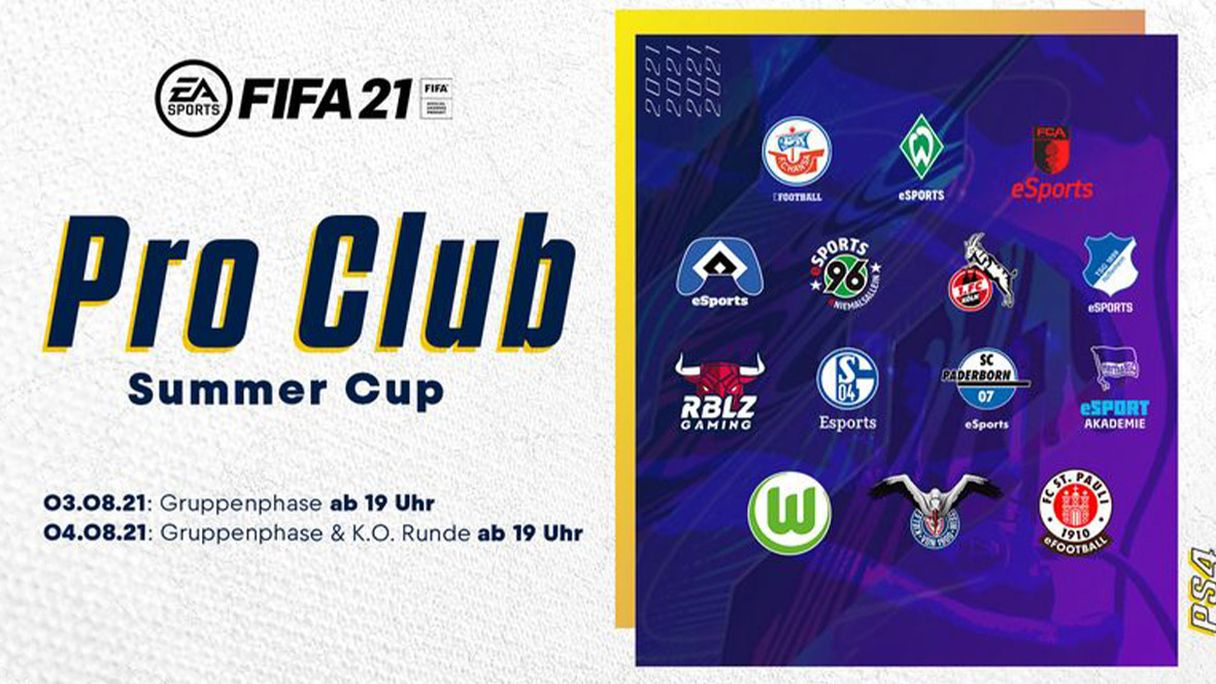 The first edition of the FIFA 21 Pro Club Summer Cup is coming up. Here you can find out how the Summer Cup will take place and which clubs will participate.

Who can participate in the Summer Cup?

On August 3 and 4, 14 clubs from the first and second Bundesliga will meet for the first time to compete in the FIFA 21 Pro Club Summer Cup. The games will be played exclusively on PlayStation. The teams of the clubs consist of professional eSports players, licensed players, fans from the community and club employees. The final line-up of the team is up to each club.

Group A will feature 1. FC Köln, Hertha BSC, Hannover 96, FC Schalke 04, Holstein Kiel, RB Leipzig and VfL Wolfsburg. In Group B, FC Augsburg, FC St. Pauli, FC Hansa Rostock, Hamburger SV, SC Paderborn 07, SV Werder Bremen and TSG 1899 Hoffenheim will face each other. The top four clubs from Group A and B will advance to the knockout stage, where they will play off the title of Pro Club Summer Cup Champions among themselves.

The GAMERS ACADEMY is the world’s #1 in FIFA coaching. Check out our CLUB and we will show you how to become the best in FIFA.